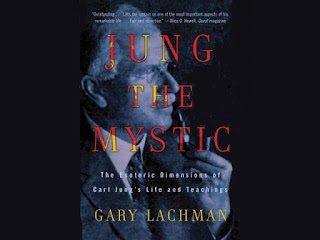 New Thinking Allowed with Jeffrey Mishlove: Esoteric Dimensions of Carl Jung with Gary Lachman
"Gary Lachman is the author Jung The Mystic: Esoteric Dimensions of Carl Jung's Life and Teachings as well as over twenty other books on topics ranging from the evolution of consciousness to literary suicides, popular culture and the history of the occult.

He has written a rock and roll memoir of the 1970s, biographies of Aleister Crowley, Rudolf Steiner, Helena Petrovna Blavatsky, Emanuel Swedenborg, P. D. Ouspensky, and Colin Wilson, histories of Hermeticism and the Western Inner Tradition, studies in existentialism and the philosophy of consciousness, and about the influence of esotericism on politics and society.
Here he maintains that Carl Jung always had an interest in the esoteric and occult, going back to his childhood.
His own mother would, occasionally give voice to an alternative personality, as did Jung, himself, as a child.
As an adult, his break with his mentor, Sigmund Freud, precipitated an emotional crisis that led him to use a method of active imagination to explore hypnogogic realms.
To find historical precedent for such explorations, he delved into gnosticism, alchemy, astrology, divination, and Eastern mysticism."
Don't stop thinking ... about today, because that makes your tomorrow?
'Pearls Before Swine' and Speaking of Jung?
Posted by Brizdaz (Darren) at 7/04/2019 07:56:00 AM