Secrets of the Ancient World? 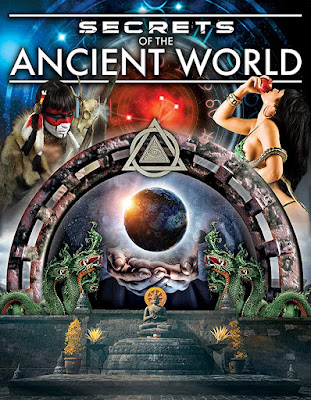 I watched a documentary show on Amazon Prime last night called 'Secrets of the Ancient World', which was about serpent worship, as opposed to snake worship, throughout the ancient civilizations and I found it rather interesting indeed. 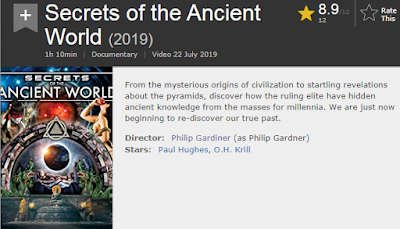 Ironically, I also watched the You Tube of Stewart Alexander give a talk at an English  Spiritualist church (below), because of Leslie Kean's recommendation of Stewart as someone she was impressed with who had given her a reading.
And at the 1 hour and 25 minute mark Stewart tells of having a pet snake as a boy that he was terrified of and that he would feed maggots to it by lifting the lid on the snake's box and throwing in the maggots to feed the snake, but being too scared to look at the snake while he was feeding it.
He was going to take the snake to school one day for show and tell and when he went to check on the snake he found that the maggots had eaten it:-)
Aliens, Psychics and the Dead?

Stewart seems like a nice and sincere bloke, but my past experience of visiting Spiritualist churches in Australia leaves me with the impression that there are a lot of wacky and deluded people who get up on stage and try to do readings on the congregation.
I've always come away unimpressed by what I've seen and heard on those visits.
I'm sure that there are people with real abilities in these churches, but I'm yet to come across any on my visits that I would say had any real abilities in contacting the spirit world on behalf of a congregant or visitor to the church. 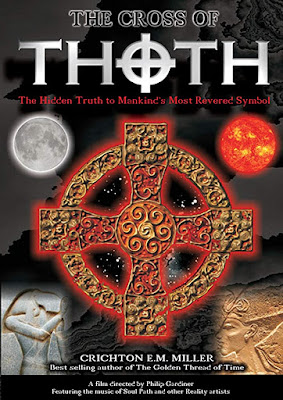 I wouldn't mind seeing this film now that the Celtic Cross was mentioned in 'Secrets of the Ancient World' as being linked to serpent worship and Thoth.
Christopher Cross has a song called 'Charm the Snake'?!
Posted by Brizdaz (Darren) at 9/15/2019 08:16:00 PM