Life Can Be Weirdly Funny ... or at Least Rather Ironic When Your Number Comes Up, C#n't It? 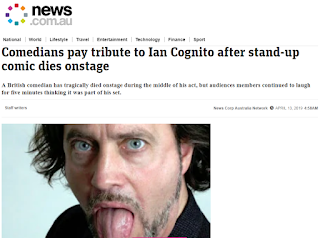 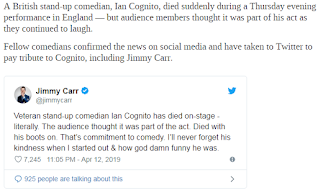 I'm currently listening to the new podcast by comedian
Ryan Singer, that ties in nicely to my last post about
Hugh Jackman -
Hugh Jackman, Aleister Crowley, The Beatles and The Beast
And as I'm listening to Ryan talk to Alex Gowan about premonitions of death, I check the current news headlines to see there is a news story about an English comedian who literally died on stage while the audience laughed at him for about five minutes, because they thought it was all part of the gag.
I've never heard on Ian Cognito until now, but here is a You Tube clip I found of him from back in 1999 and
WARNING: VERY BAD LANGUAGE if you intend to watch that clip.
I wrote about Ryan Singer recently in this post -
The World (is a Giant Podcast Circle-Jerk) According to Josh Zepps?
Everything is Connected on The Web
It's a funny old world in more ways than one it seems.

In a comment below Speedyturtle reminded me that Tommy Cooper passed away in April of 1984 in similar circumstances to
Ian Cognito, while performing live on TV.
I wrote a post on April Fool's Day, 2012, about Tommy Cooper and a synch I had with a blogging mate in England who had written a post about Tommy -
A Sync "Just Like That!" 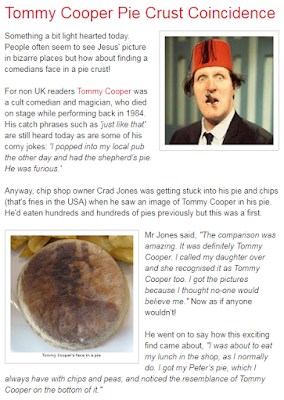 Another coincidence is that I'm reading a book about the life of an Australian magician at the moment who I'll be writing a few posts about soon. 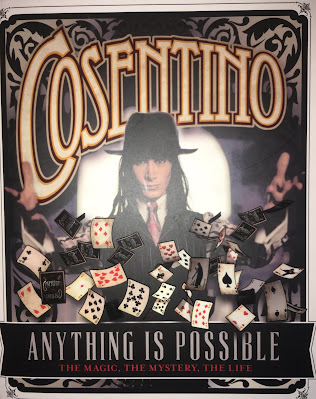 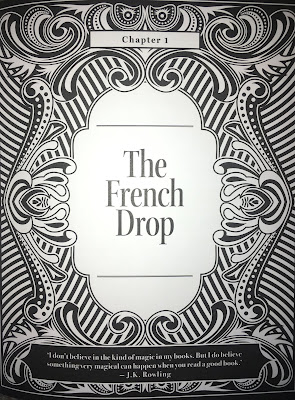 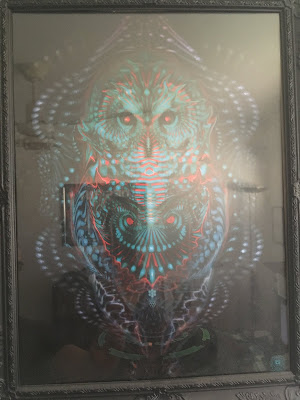 I don't know why the introductory illustration in chapter one of Cosentino's book reminds me of the print by a shamanic artist I meet once, which hangs on my wall in my computer room.
Probably just another illusion fooling my impressionable mind?-)

Mann, That Owl is Freaky, But is it What it Seems to Be?-)