I woke up this morning to see the news that the national freeway literally not too many kilometers up the road from where I live has been flooded around the Dreamworld theme park exits, and I couldn't help thinking of the Australian musical prophets of doom 'Midnight Oil' and their song 'Dreamworld'. 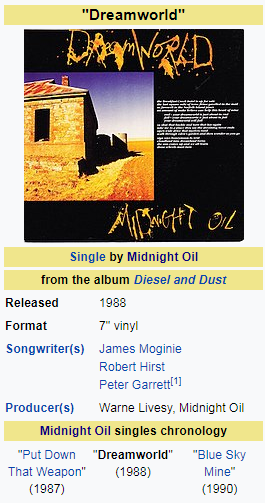 The Dreamworld theme park, which inspired the song's name, is briefly shown in the 'Midnight Oil' music video.
I couldn't help thinking of the old '2 Minutes to Midnight' meme, either.
While I like the Oils music, I was watching the old 1984 Aussie movie 'One Night Stand' where a live concert of their's gets a few frames in that movie, and I thought it's strange that I never attended a live concert of their's over the years.
I've had opportunities to, but something always came up and I told myself I would catch them next time.
Yes Cassandra, Everything Predicts ... ? 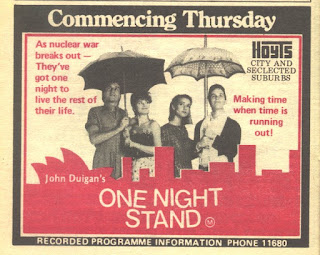 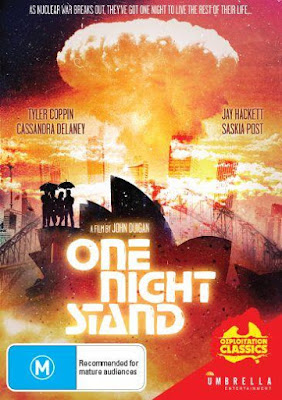 But the road to hell is paved with good intentions, as they say, don't they?-)
I've never been to an AC/DC concert either, but then again I've never planned to. 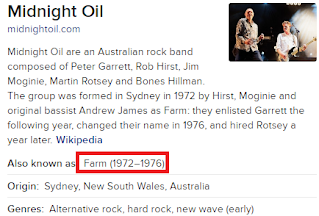 Maybe if 'Midnight Oil' play in the future at the winery up the road from where I live I'll make a real effort to see them play live, but this weekend Elton John is playing there today and tomorrow.
I was going to buy tickets last year when the tickets went on sale, but I'm glad that I didn't now, as I hate Woodstock conditions when I go to an outdoor concert to relax with a glass of wine or two. 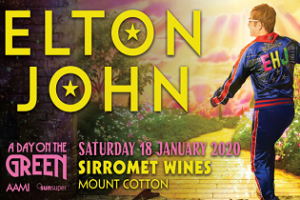 You might need to take your umbrellas to the winery for those outdoor concerts Elton is putting on there over the weekend. 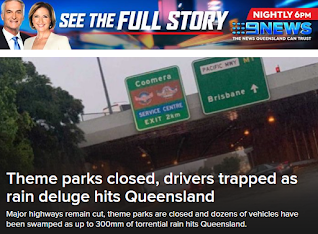 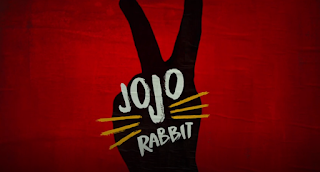 That reminds me of Jake's synch film ARMED With a DREAM:-)
At least Elton shouldn't burn out on stage this weekend:-)
Batten down the hatches and trade the wine for some rum this weekend if you live between Brisbane and the Gold Coast I reckon. 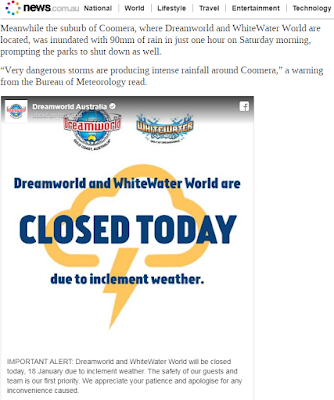 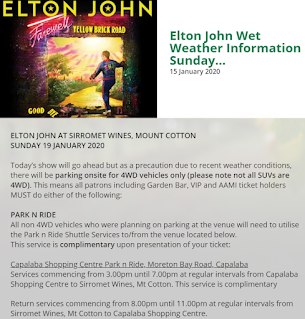 As much as I would have liked to have been at the winery on a usual sunny bay breezy kind of summer day to have some wine and listen to Elton, I would have been pissed today (not from the wine, either:-) if I had have bought the $137 tickets I was thinking about buying last year, as I see that the winery is only letting 4WD vehicles park there today, which is fair enough, because who wants to get their cars bogged in mud?
But I usually buy a ticket for my brother, son, or some other person to be a sober, or reasonably sober designated driver, so I can have a bottle of wine, or two throughout the day and not worry about having to be below the drink limit to drive home.
Having to do all of that Park N Ride BS, especially after the show is not my idea of a fun day out, no matter who is playing at the winery.
I've always been lucky when it's comes to fine days and concerts at that winery, and it looks like my luck has continued today.
The forecast here today is a 60% chance of rain and maybe a storm, as well.
I hope that rain stays away from the venue for those who are going today, but I'm glad that I'm not heading down there today.
Have a drink for me if you are going and I hope the day/night turns out better than the forecast predicts.
And I'm sure some people have a great time in the rain at outdoor concerts, but I'm not one of them.
Cheers.
Posted by Brizdaz (Darren) at 1/18/2020 10:03:00 AM