Olivia Newton-John Passed Away on August 8 (AKA the Lion’s Gate)?!🦁

With me being a Brisbane Lions member and the team just beating the Carlton football team last Sunday, I was surprised to read that Olivia Newton-John was a Carlton supporter and had sung the Australian national anthem at the 1986 Grand final when there was no Brisbane Lions AFL team -
“Newton-John, a Carlton Football Club fan, performed the Australian national anthem at the 1986 VFL Grand Final between Carlton and Hawthorn.”
Dame Olivia Newton-John Passes Away as the Commonwealth Games are Handed Over to Australia?
But I was even more surprised to see that Olivia passed away on Monday August 8th, which as astrologers would know is the opening of the Lion’s Gate.
Notice the dandelion in the music video above?-)
Why the Swap Between the Justice and Strength Tarot Cards?Gaia’s Dance: The Story of Earth & Us ... and James Lovelock?
Life can certainly be a funny old game at times it seems.
UPDATE: August 14, 2022 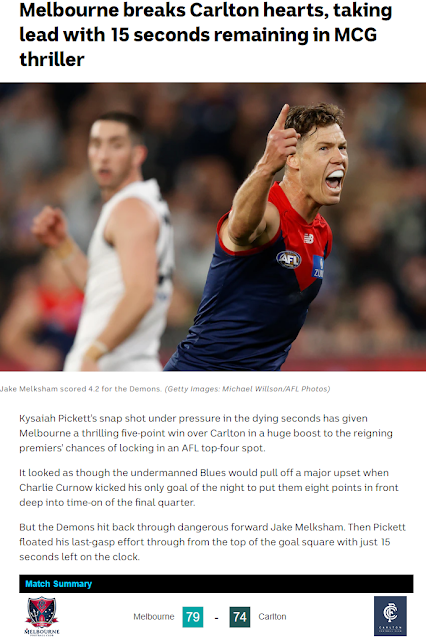 I must admit for purely selfish reasons that I too was hoping for a Carlton win last night (because I'm a Lions member/supporter), but it wasn't to be:-(
I'll bet all the Carlton fans were having heart-attacks watching that game:-)

I'll get my turn next Friday night when the Lions play the Demons up here in Brisbane,
There may not be a devil, but if there is a God then God is certainly a Trickster it seems.
“The greatest trick the Devil ever pulled was convincing the world he didn’t exist”? 😈
Posted by Brizdaz (Darren) at 8/10/2022 08:33:00 AM