Precursor to the I Ching: Cracks in a Turtle Shell? 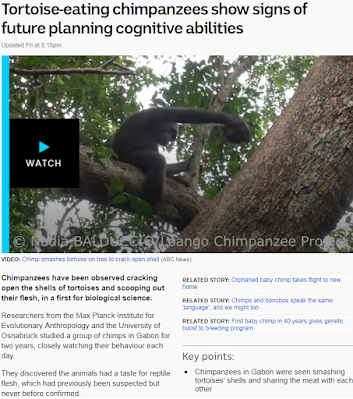 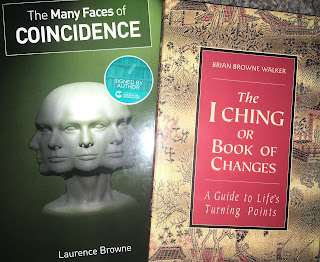 Just as I finished reading Laurence Browne's excellent book on COINcidence, where he talks about the I Ching and how the I Ching was started way back from humans reading cracked tortoise shells split in a fire, I was thinking how barbaric and I'm glad coins are used now instead.
I had also just ordered some I Ching coins on the internet and then started to read Brian Browne Walker's book on the I Ching and then saw this news story linked below, which is enough to give a Vegan nightmares for a long time indeed (I'm not a Vegan by the way ... but I'm not a sadist either) -
Tortoise-eating chimpanzees show signs of future planning cognitive abilities 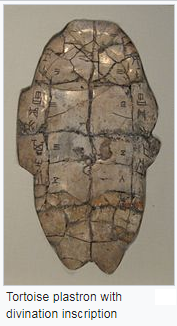 "Plastromancy or the turtle shell oracle is probably the earliest recorded form of fortune telling.
The diviner would apply heat to a piece of a turtle shell (sometimes with a hot poker), and interpret the resulting cracks.

The cracks were sometimes annotated with inscriptions, the oldest Chinese writings that have been discovered.
This oracle predated the earliest versions of the Zhou Yi (dated from about 1100 BC) by hundreds of years.
A variant on this method was to use ox shoulder bones, a practice called scapulimancy.
When thick material was to be cracked, the underside was thinned by carving with a knife."
It's a cruel world as I tell my Vegan friends, but maybe the coin throwing method was invented by the Vegetarians of China ... who knows?-) 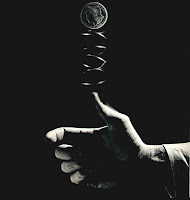 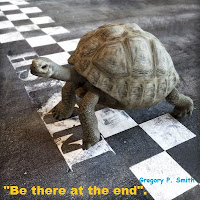 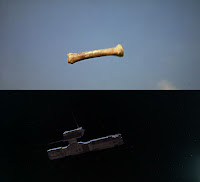 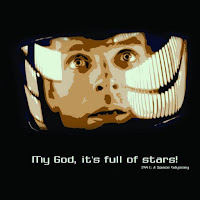 Ironically Brian Browne Walker has an I Ching app for your phone and I can't help thinking he sounds a bit like HAL the computer out of the movie '2001: A Space Odyssey' in this video of his below:-)

Sorry Dave, but I can't tell you that right now?
Maybe those turtle shell smashing monkeys of today will become more enlightened like their compassionate human cousins tomorrow?-)
Posted by Brizdaz (Darren) at 5/27/2019 08:05:00 AM