In These Vegan Times is it Politically Correct to Be Throwing Eggs? 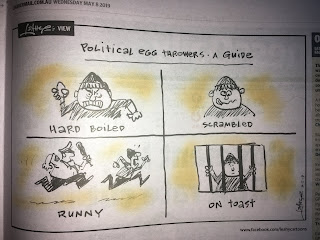 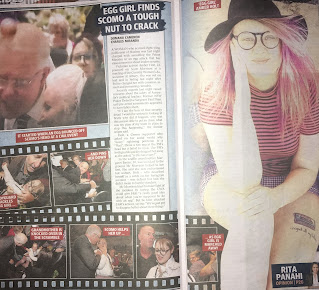 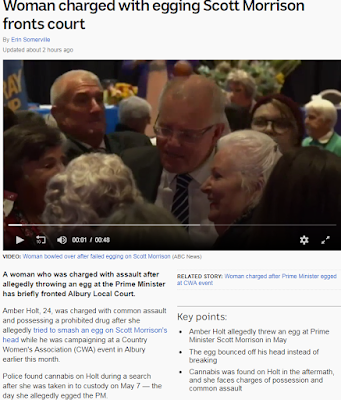 I'm not a Vegan, but I find it rather ironic that after the spate of Vegan protests by activists in Australia lately that there has also been two high profile egg throwing protests. 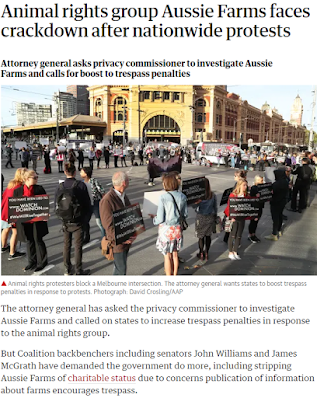 Eggs aren't on a Vegan menu so I've got to presume that Vegans would be very disappointed at all of this political egg throwing shenanigans in the Australian press lately.
Woman charged with egging Scott Morrison fronts court 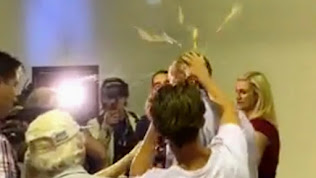 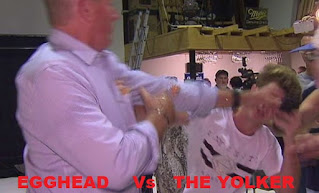 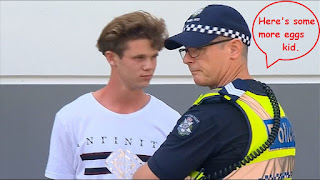 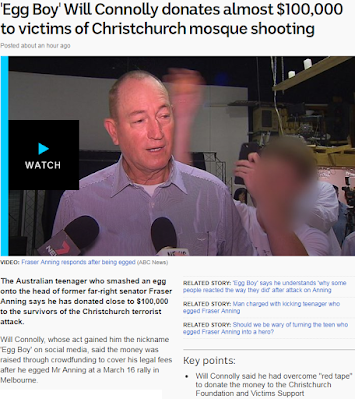 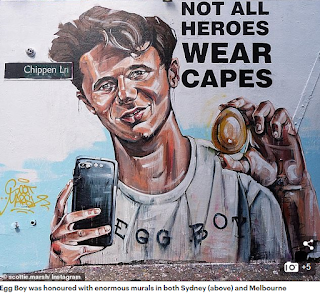 We Are the Walruses?

Sitting on a cornflake, waiting for the van to come
Corporation tee-shirt, stupid bloody Tuesday
Man, you been a naughty boy, you let your face grow long
I am the eggman, they are the eggmen
I am the walrus, goo goo g'joob.


Crabalocker fishwife, pornographic priestess
Boy, you've been a naughty girl
You let your knickers down
I am the egg man
They are the egg men
I am the walrus
Goo goo g'joob 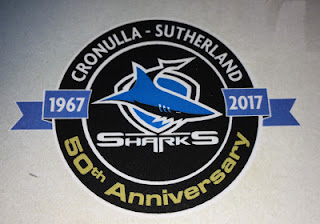 With me also being a Cronulla-Sutherland Sharks supporter like the current Australian Prime-Minister Scott Morrison, the irony is not lost on me that the "Egg Girl"'s name is Amber HOLT.
The Sharks were admitted to the National Rugby League competition in 1967, which was the same year the then
17th Prime Minister of Australia, Harold HOLT went for a swim at the beach and was never heard from again.
Until the Sharks won their first NRL Grand Final in 2016 the running joke was always that waiting for the Sharks to win their first grand final was like leaving the porch light on for Harold Holt.
So to "Egg Men and Women" looking  to throw food in protest, it might be better to throw strawberries from now on ... without pins in them though?-)
Posted by Brizdaz (Darren) at 5/29/2019 12:52:00 PM