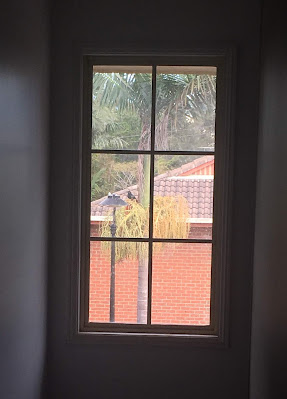 I had to laugh after listening to Gordon White's latest podcast which he dropped today (Sunday), which is unusual for him to do as usually Gordon drops the podcast on a Thursday or Friday.
I was in my backyard filling the birdbath this afternoon and my three crow friends turned up to have a drink and a splash around and I noticed one crow eating a few red berries hanging off a
palm tree.
I didn't know crows liked these berries and I said to the crow while flashing a mental image of the tree out front of my house,
"if you like them there is a heap of fresh red berries in a tree over the roof out front".
I didn't think anymore about it and went inside to get my iPad and saw that there was a new 'Rune Soup' podcast that had just dropped onto my list called 'Spirit Contact is Easy: Solo Show'. 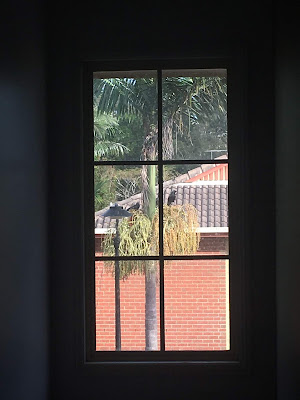 As I came out of the bedroom with my iPad and started heading down the internal stairs to my living room to watch my football team the Sharks take on the St.George Dragons live on TV, I noticed the crow I had talked to sitting in the tree on top of the red berries calling out to the other two to come and see what it had found.
Now I know the bird could just have easily flown over the roof and spotted the berries without me telling the bird about the tree ... but coincidence?
It's not the first time I've thought something to an animal and the next thing they do what I've thought to them, so I'm starting to think that I'm a bit of an amateur Dr. Doolittle lately:-) 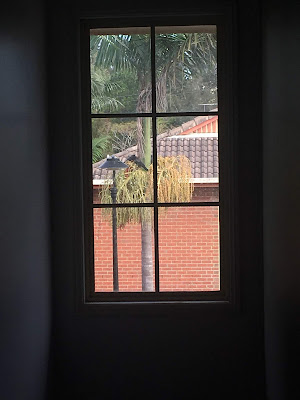 I wasn't going to take any photos, but the crow that was sitting on the berries struck me as funny so I decided to snap some photos and then the other two crows showed up for a feast.
As I'm taking the photos I'm thinking how unusual it was for these crows to show up at this time of the day and just before I'm about to watch the Sharks play.
I thought back to the crow I saw fly over the ANZ Stadium just before the start of the game when the Sharks won their first
NRL Grand Final in 2016 when I was there and wondered if these three crows showing up before the match meant the Sharks were going to win? 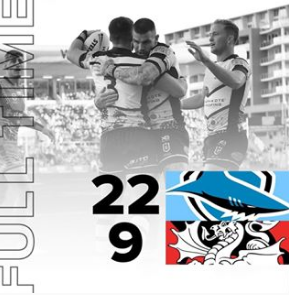 The Sharks did win coming from being down 9 points to 8 down at the halftime break.
This week though was the Indigenous round in the NRL where the teams wear Indigenous designs on their jerseys and before the start of the game the captains from the Sharks and Dragons were greeted by Indigenous tribal representatives to be presented with tribal artwork and the Sharks captain received three painted and framed crow feathers. 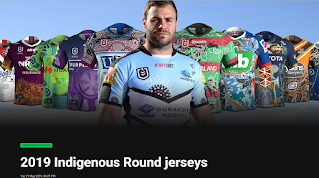 Funny thing is that Gordon goes on in his podcast talking about birds, shamanism, saints and dragons:-)
While I have no idea about half of what Gordon was talking about in his Sunday sermon I couldn't help thinking just how personally synchy it was to me.
And with Broson Xerri scoring a hat-trick of trys on the day it turned out being a magical game for me and the other Sharks supporters.
The birdbath in my backyard will be full of Champagne tomorrow:-)
And I can't wait to hear about Gordon's jungle juice adventures and see what changes it brings to his life's journey.
Should be a really interesting experience for Gordon I feel. 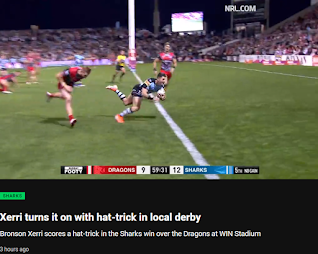 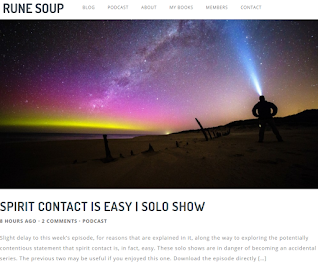