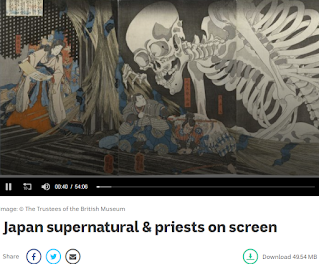 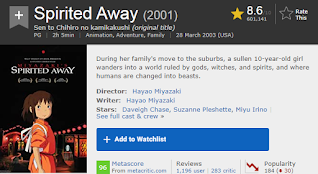 I listened to a podcast from the ABC's 'Soul Search' podcast archives this morning that was originally broadcast on ABC radio on
March the 1st , 2020, and was about what can visual culture tell us about the unseen, and also an exhibition that was on at the time the radio show aired, but closed on March 8th, 2020 - the
Japan Supernatural exhibition – an exploration into 300 years of monsters, ghosts and spirits in Japanese visual culture.
Soul Search Podcast: Japan Supernatural & Priests on Screen
I had also started watching 'Spirited Away' on Netflix, but have only made it halfway through at the moment, because I fell asleep in bed watching it on my iPad and when I awoke my iPad needed to be recharged, as it was down to 10% battery charge.
The movie itself is like watching a weird nightmare, so I'll be keen to see how it ends when I've literally recharged my battery and am able to watch it while a bit more conscious this time.
The second half of the podcast turns to TV and film to examine some recent depictions of priests in popular culture.

Now this is where I found it eerie, as Max von Sydow who played Father Merrin in the movie 'The Exorcist', would die nearly a week after this radio show aired, and he would pass away on
March 8th, 2020, which was the closing day of the
Japan Supernatural exhibition.
Happy Birthday Max von Sydow? 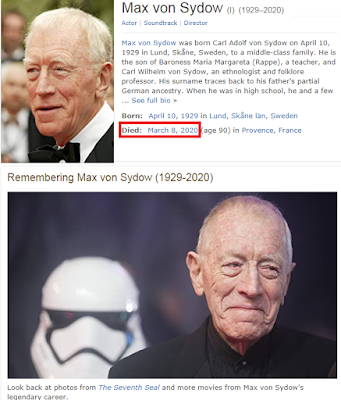 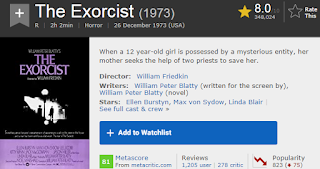 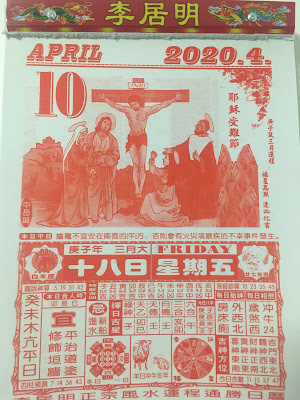 Max von Sydow's birthday this year also happened to fall on
Good Friday.
The movie 'The Exorcist' was also brought up in conversation in the podcast episode. 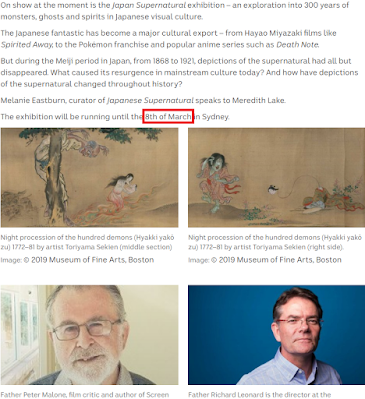 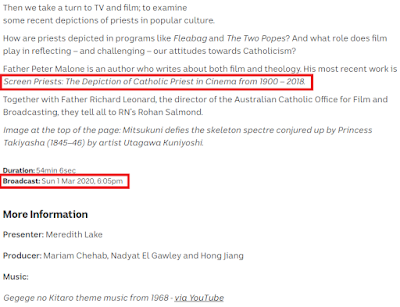 You can also get the 'Soul Search' podcast through Apple Podcasts. 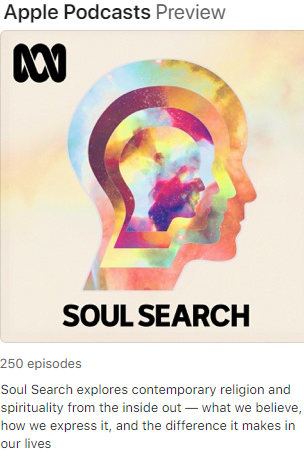