The Cryptic Code & The Templars In America? 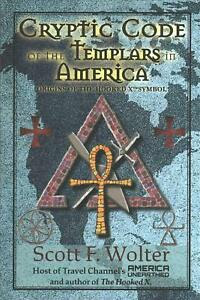 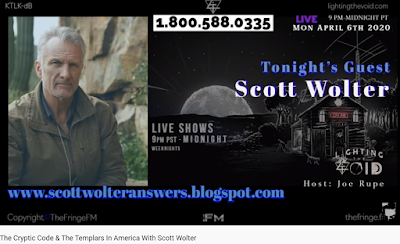 I noticed this episode of 'Lighting the Void' was uploaded on
April 11th, which was the same day my synch-pals performed their little "ripple" working, which I wrote about in this post -
The April 11th Global Meditation/Ritual Working?
It was the long weekend to celebrate mythology, and while some myths I don't mind celebrating, even if I think the story is just mainly BS and can't be taken literally, this stuff that Scott was talking about was worth a listen, and I still can't decide if it's BS or myth, or a bit of both.

I guess the irony in this story of Scott's is that the people who are quick to swallow the Empire's fables are the same one's who will call BS on people like Scott.
I guess the question on my mind while listening to this radio show was, "what would Jesus think of this story of Scott's if Jesus was really real?";-)
Ripple Effects: Magikal Working/Art Project Planned for April 11th (Holy Saturday), 2020?
Posted by Brizdaz (Darren) at 4/14/2020 07:43:00 PM