Even the Birds Seem to Be Social Distancing in Australia? 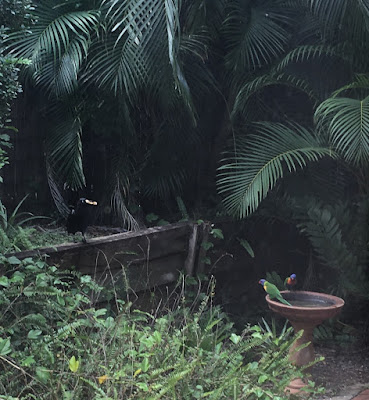 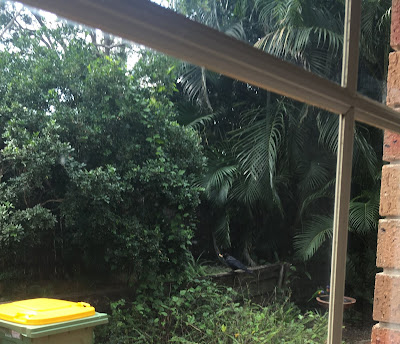 I looked out my sliding door window this morning and saw a crow with a piece of bread in its beak waiting patently for the
rainbow lorikeets to finish birdbathing, while keeping a good social distance in the mean time. 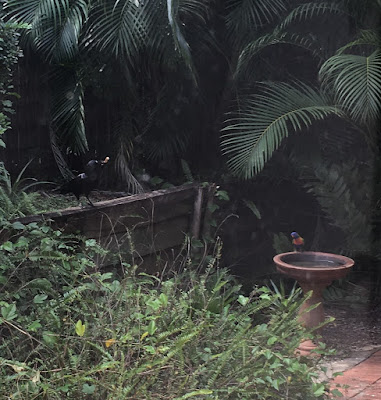 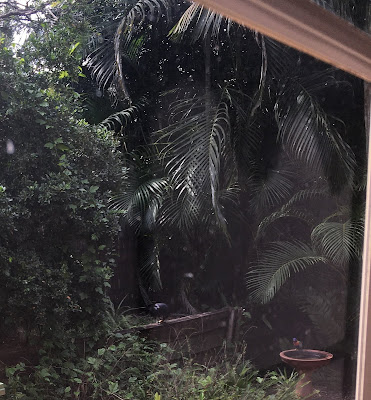 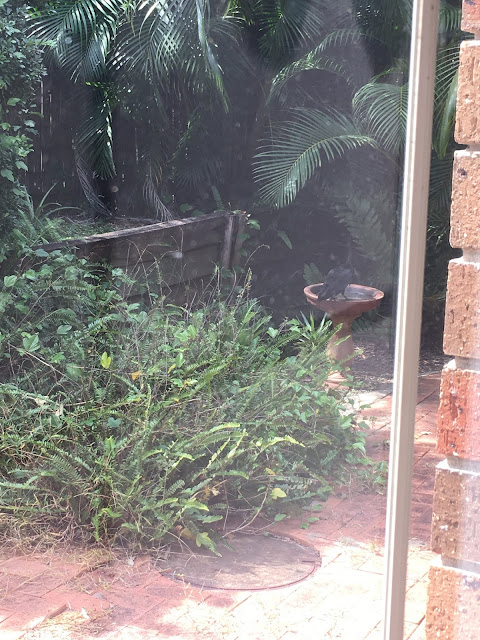 The crows look like adults in a kiddie pool when they take to the birdbath, but this particular crow likes to bring its bread from some neighbour's yard and dip it into the water to make the bread softer, and then eat it.
Trouble is I always find bread floating around in the birdbath afterwards and have to clean the bath out and refill it more often than usual.
It's strange that when I was up at Australia Zoo in March I kept noticing real and merchandise rainbow lorikeets around the zoo, and kept thinking about the two rainbow lorikeets that used to drink from my backyard birdbath now and again.
Guess Where I Was Today? 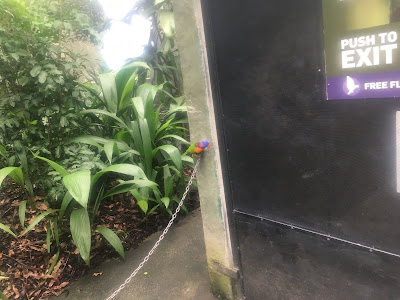 Now I've spotted the pair of lorikeets four days in a row drinking and having a flutter in the birdbath.
My crows have never really stopped visiting me since I moved in.
In fact I can't remember a house where crows haven't been constant visitors in my life.
Tales From Captivity? 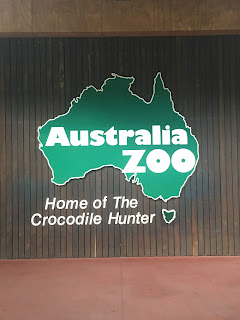 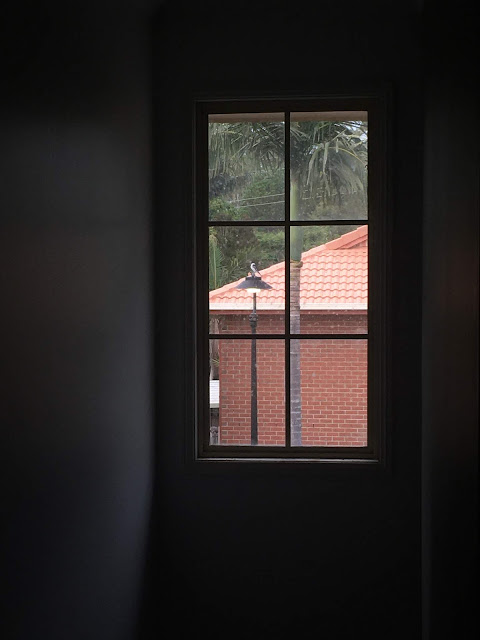 Last night when I was writing this post up, I started wondering where the little butcherbird that usually hangs around my home has disappeared to lately -
Twitching in My Backyard 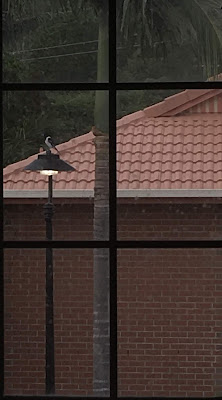 Then this morning I get out of bed to go to the toilet (or go to the bathroom as Americans say for some reason ... do they pee in their bathtubs over there?-) and look out my front window and there is the butcherbird sitting on top of the lamp post. 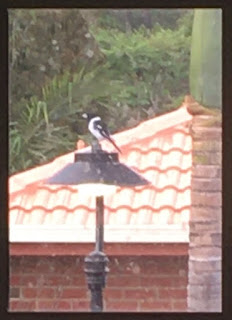 I just realized that butcherbirds have been following me around nearly as much as crows do -
A Butcher Bird Visitor Dropped in Out of the Blue Today Just as I Posted My Last Post About Chaos Magick and Garbage:-)
Posted by Brizdaz (Darren) at 4/23/2020 09:23:00 PM